World Famous Ideas that Started in a Garage

What do Harley-Davidson, Amazon, and Google all have in common? You guessed it! They all came from humble beginnings, starting off in a garage. Will 2021 be your year to invest in a cool idea, passion project, dream business, or side hustle? It’s not as lofty a dream as you think. And it could be possible with some extra space to spread out in a garage. As we know from 2020, stranger things have happened, so why not?! 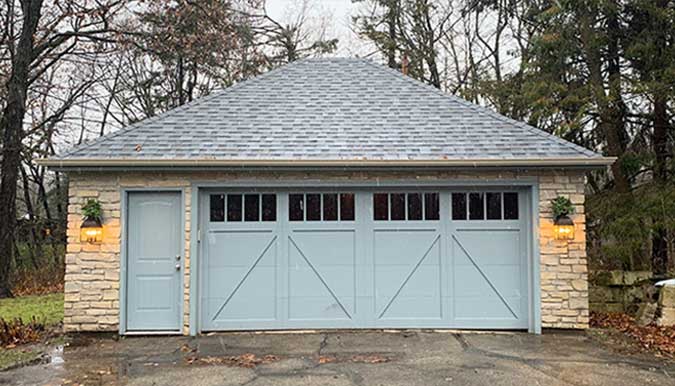 Check out the garage-based origin stories of these world-famous businesses:

Harley-Davidson, a Milwaukee claim to fame!

In 1901, 21-year-old William S. Harley drew up plans to create a small engine to power a bicycle. Over the next two years, Harley and his childhood friend, Arthur Davidson, built their motor-bicycle out of their friend’s 10-by-15-foot wooden shed in Milwaukee, Wisconsin – It was the equivalent of a garage at the time since they didn’t have cars yet. They officially founded Harley-Davidson in 1903 and today it’s the most well-known motorcycle brand in the world.

Jeff Bezos founded Amazon.com in 1994 as an online bookstore. At the time, his business was operated completely out of his garage in Bellevue, Washington. He sold his first book in 1995 and issued his Initial Public Offering (IPO) two years later in 1997. Today, it’s the world’s largest online retailer…and it all started in a garage.

As Stanford graduate students, Larry Page and Sergey Brin started what’s now known as Google from their friend Susan Wojcicki’s garage in 1998. (Fun facts: Susan was involved in the founding of Google and now serves as the CEO of YouTube. Jeff Bezos of Amazon was one of the first shareholders when he invested $250,000 in 1998.) Soon after the start, the project was interfering with their school work. Larry and Sergey tried to sell Google to Excite for $1 million dollars, but were rejected. Since then, Google grew to become the most visited internet site in the world to date.

Feeling inspired? We hope so! Dreams are what you make of them. Let J.D. Griffiths help you fulfill yours with a new or renovated garage in 2021.

How to Purchase a Garage in Three Steps
Scroll to top